Planned Parenthood wanted to change risky behaviors in tweens and help them make more informed decisions about drinking, drugs, and sex. Given the mobility of the audience and the sensitive nature of the material, six web apps were developed to target certain behaviors ranging from how to behave at a party to birth control. I led the video production and script development for over 30 interactive video segments for two of these apps. 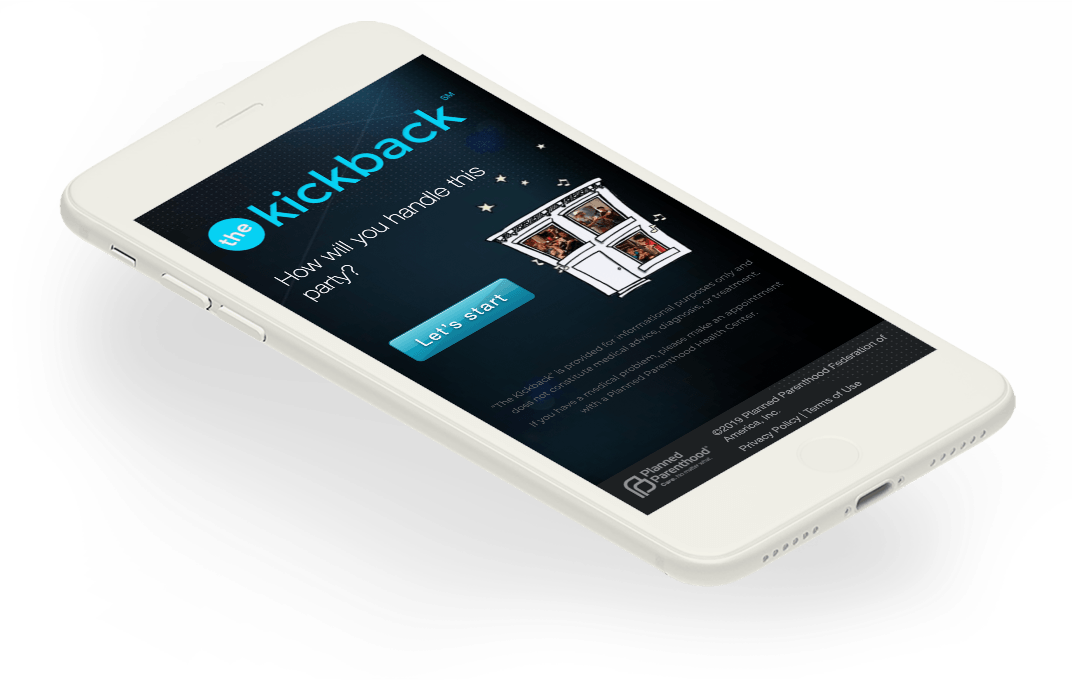 KICK BACK SOBER
The kickback (aka party) app was developed to target the peer pressure that tweens experience at parties and social situations. The app walks the user through 3 rooms of a party each with a video scenario and asks them to make choices based on situations they uncover. 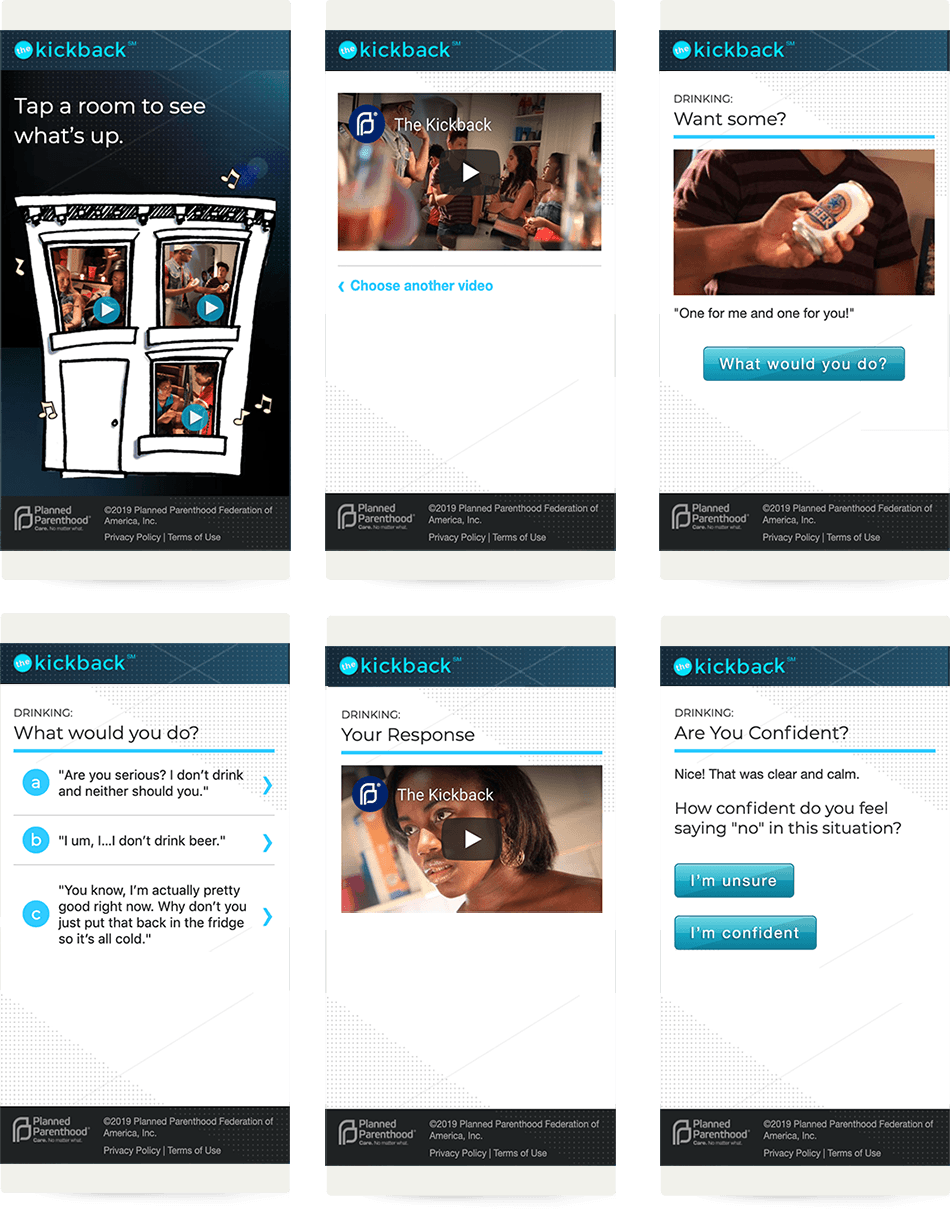 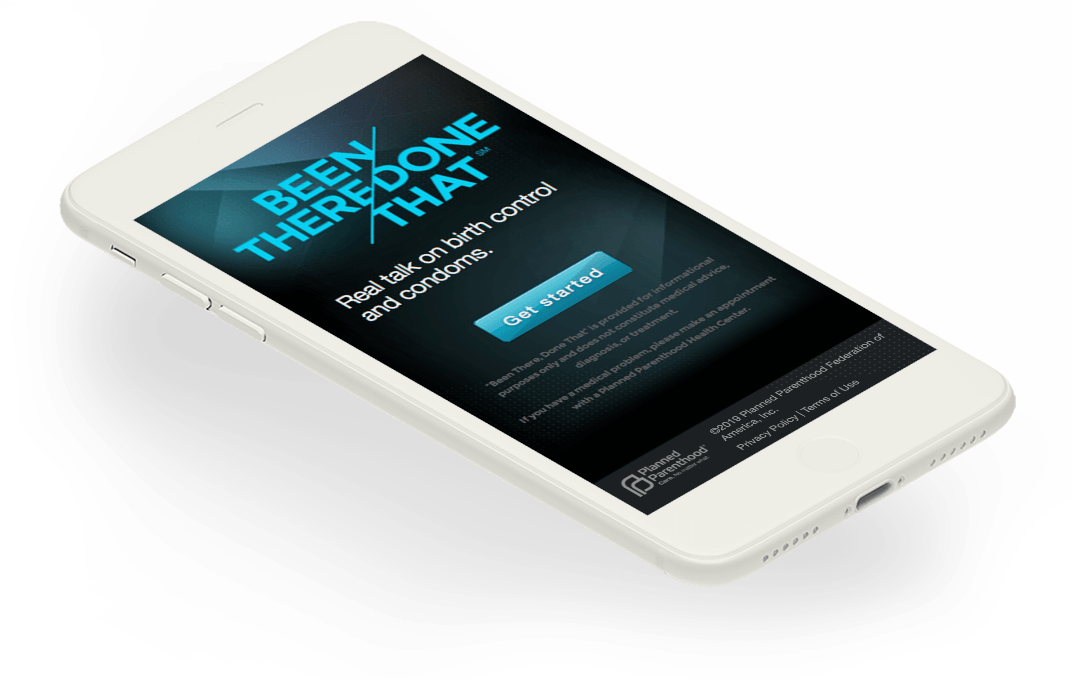 WE'VE ALL BEEN THERE
The 'Been there, done that' app showcased 12 teens telling you real life stories about birth control and sex in confessional style conversations with interactive quizzes following each video. 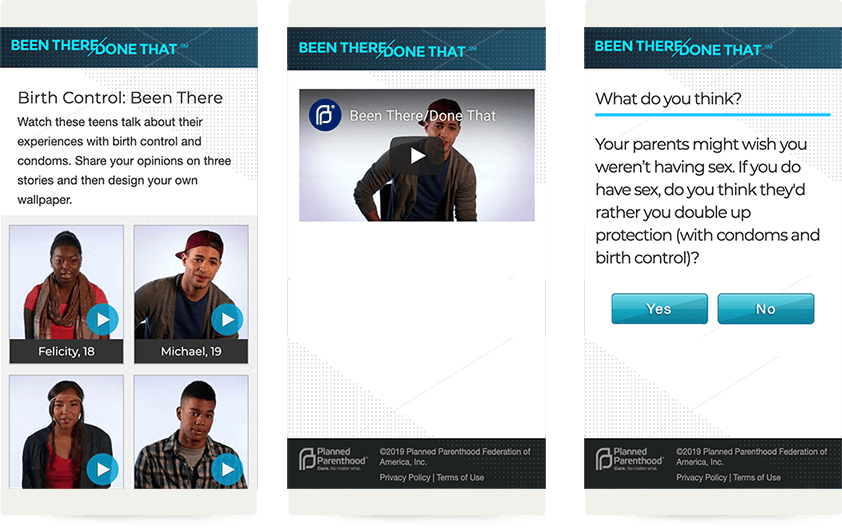 BACK TO ALL WORK